(Image): Chelsea’s new sleeve sponsor puts them back with the big boys

Chelsea are going to have a new sleeve sponsor next season – “Whale Fin.”

You probably haven’t heard of them, but they’re clearly doing pretty well for themselves as they’re able to offer double what Hyundai are paying this year. It’s also a deal which compares very favourable to what our rivals are doing, as this graphic shows.

We may be losing three as our main shirt sponsor next season – and this bodes very well for our attempts to replace them. They may end up being the ones who regret the decision in the end.

You can see it all laid out nicely in the graphic embedded here: 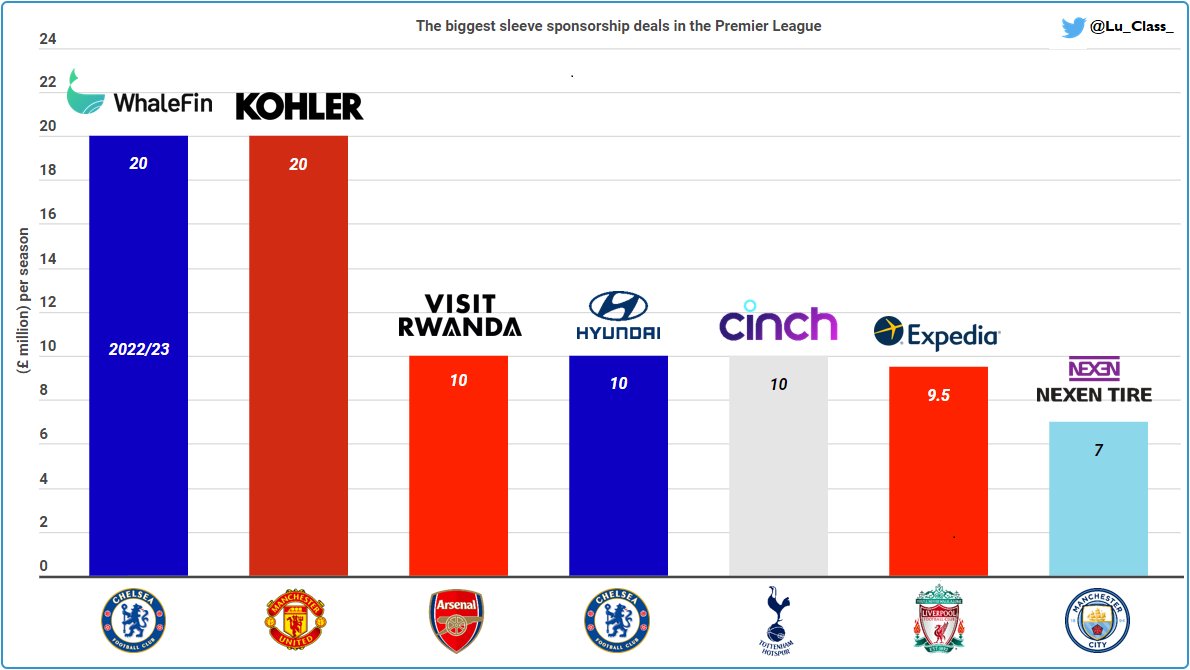